Driven by student campus sustainability initiatives, University of Wisconsin-Stout’s Merle M. Price Commons is more than tripling its ability to tap the sun to partially power the building.

Thanks to $150,000 in student Green Fees, 122 solar panels and infrastructure were recently added on top of Price Commons, joining the 32 panels on the building since 2017. The new panels generate 400 watts each compared with 330 for the original panels.

With the new panels, enough energy will be generated on average per day equivalent to the electricity needed to power six average- to large-size homes. The 122 new panels will generate about 60,181 kilowatts of electricity each year.

“Adding more solar to our campus allows us to shift more toward renewable energy, using the sun as our energy source rather than nonrenewable forms of electricity derived from coal and natural gas power plants,” said UW-Stout Sustainability Manager Sarah Rykal. “The sun is a fantastic source of energy. It’s clean, renewable, doesn’t pollute the air, and — once you have panels to capture it — it’s free.

“With this installation giving us a total of 59.6 kilowatts in solar panels, we’re now able to provide 8% of Price Commons electricity from solar,” Rykal added. “When we eventually add solar to the whole rooftop, we’ll be close to 40% of the building’s energy. And as we keep making the building more energy-efficient, with LED lighting and new hood vents in our cafeteria kitchen, solar energy will make up an even greater percentage of the building’s total electricity.”

About 36 panels can be seen on the slanted south roof face, making them visible from the ground and a visual reminder of campus sustainability, said Student Centers Director Darrin Witucki.

About 25% of Price Commons’ roof is covered with solar panels now, Witucki said.

“The Stout Student Association Sustainability Council manages the Green Fee, and the Student Centers do have a shared long-term goal of filling the Commons roof to capacity over time,” Witucki said. “The eventual capacity will be about 580 panels. It is an energy-intensive building with a large commercial kitchen.”

The new approximately 3-foot by 5-foot panels were installed May 10-13 by Eagle Point Solar of Davenport, Iowa. Payback on the cost is expected in about 15 years, Witucki said.

“Sustainable energy is important to our students,” Witucki said. “They have the long view and know we have a lot of big challenges. They are doing their part to reduce carbon dioxide emissions.”

Later this year, a kiosk is planned in Price Commons to show students live updates of the energy generated by the solar panels and the equivalent in trees planted by reducing carbon dioxide emissions. About one week after the panels were in place it showed they had saved the equivalent of about 278 pounds of carbon dioxide, or as if just more than two trees had been planted on campus.

Planning is also underway to study adding solar panels to the Memorial Student Center, Rykal said. The Green Fees this year helped prepare the building infrastructure for panels in the future, Rykal said.

Wisconsin gets about 42% of its electricity from coal. But the state has about 20 solar farms under development that will generate more than 2.2 gigawatts of power, or about 7% of the state’s annual electricity use, according to Wisconsin Public Radio.

New solar installations nationwide are expected to increase 43% from 2019 to a record 19 gigawatts of capacity installed in 2020, according to projections from the Solar Energy Industries Association. Solar also accounted for 43% of all new electricity generating capacity added in 2020.

“Cost of solar has definitely decreased over the past decade,” Rykal said. “We saw a 34% reduction in solar cost between our initial solar installation in 2017 and this new installation of 122 panels. This greatly benefits our campus’ efforts to increase renewable energy over time to meet our climate action goals.”

In recent years, UW-Stout has added many green elements to campus buildings during renovations and construction. Some of these sustainability projects include:

In March 2020, UW-Stout switched from coal to natural gas as its main source of campus heat. 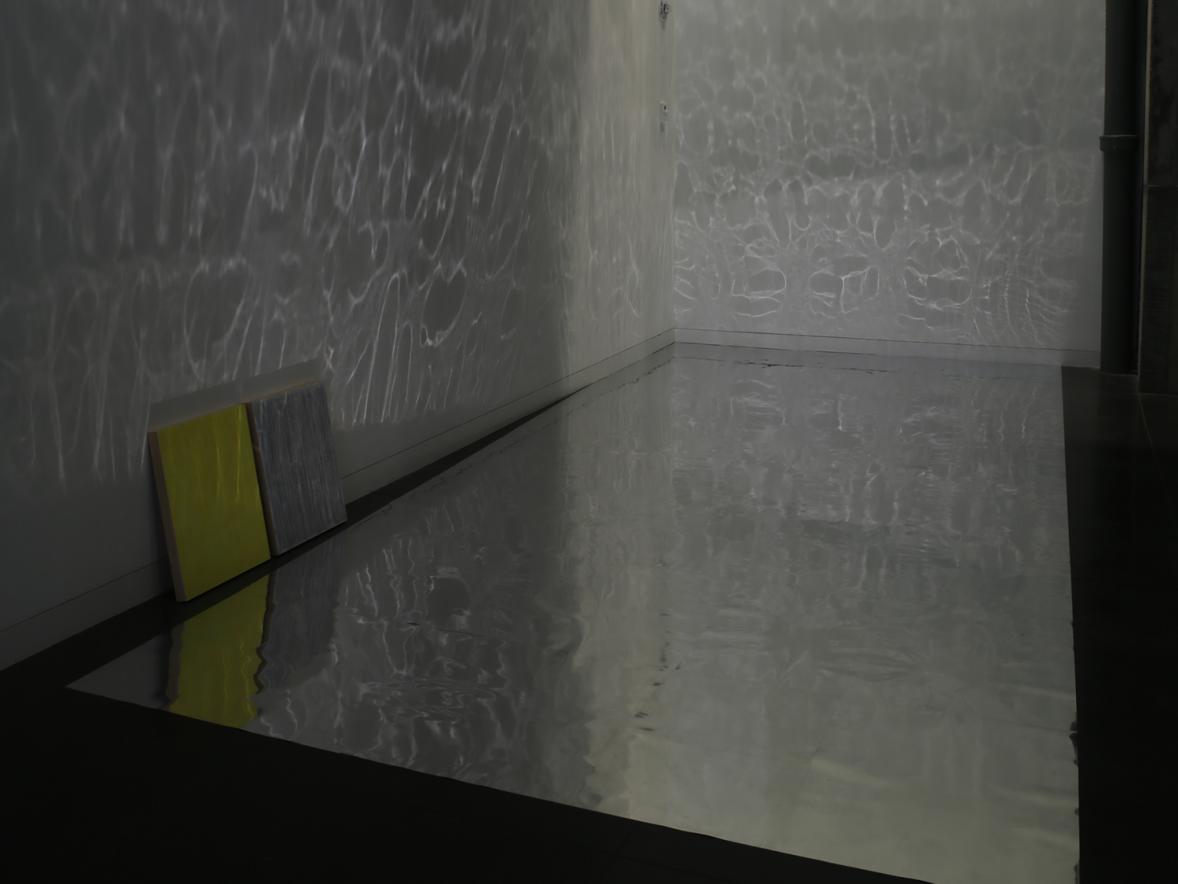 Artwork by alum, faculty members on exhibit in Twin Cities

Artwork by a UW-Stout alum and two faculty members is on display in three exhibits this summer in the Twin Cities.
July 26, 2021 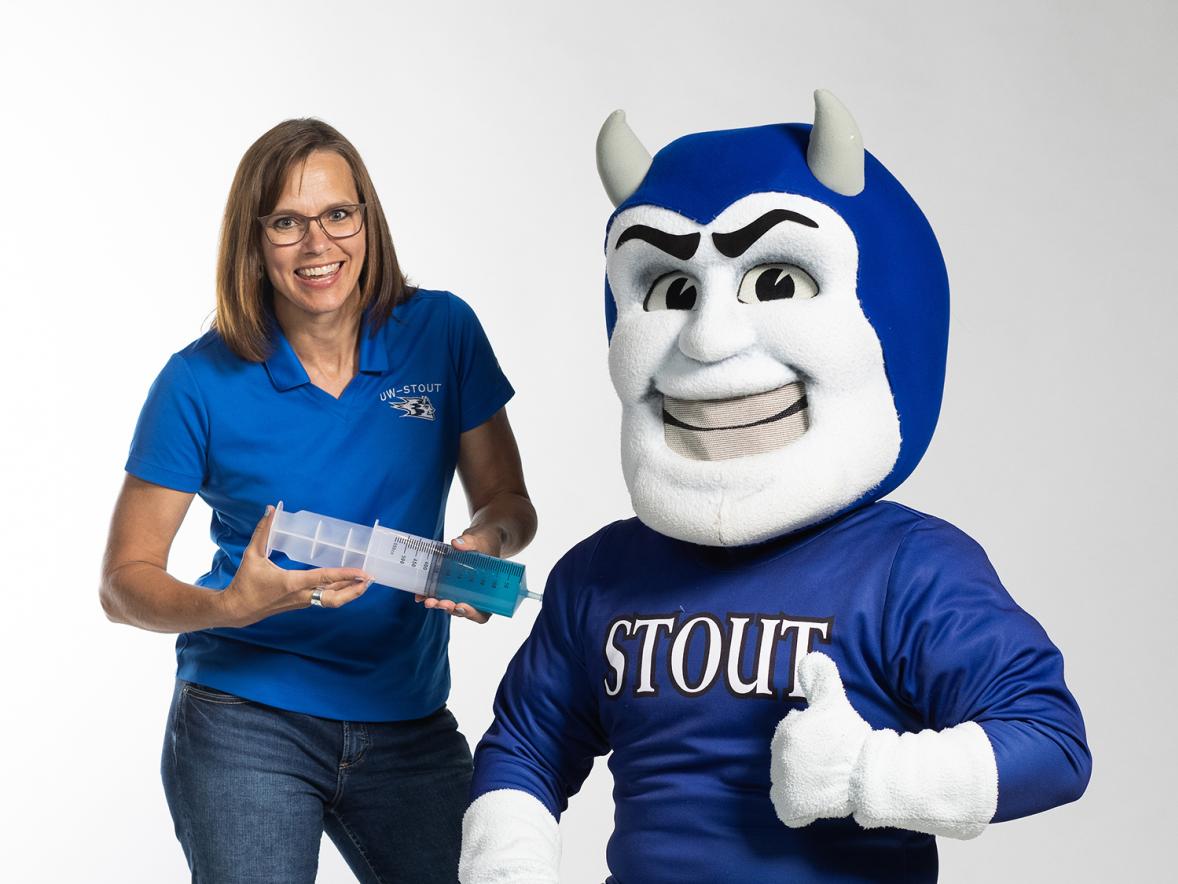 Students at UW-Stout will have extra reasons to get vaccinated against COVID-19: Scholarships and prizes.
July 26, 2021 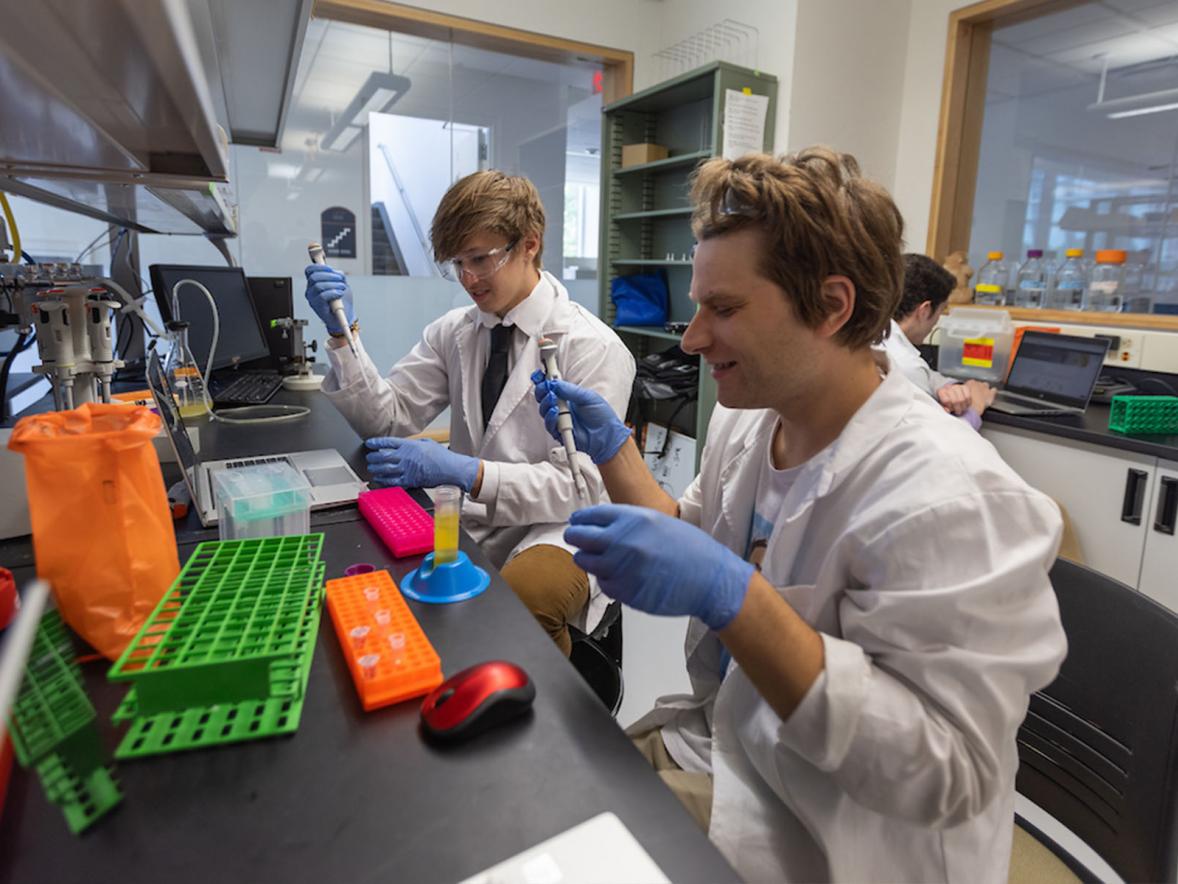