Memorial site chosen to remember victims of terrorist attacks 20 years ago
UW-Stout student Levi Douty at the UW-Stout 9/11 memorial will take part in placing U.S. Flags to remember those who died in the Sept. 11, 2001, attacks. / UW-Stout photo by Chris Cooper

A total of 2,997 flags will line the lawn Saturday south of University of Wisconsin-Stout’s Memorial Student Center, a remembrance to those killed 20 years ago on Sept. 11, 2001.

The flags will be set up by members of the UW-Stout College Republicans as part of the 9/11: Never Forget Project started by the Young America’s Foundation in 2003. Each flag will represent a person who died in the attacks on Sept. 11. That day 19 members of the Islamic extremist group al-Qaeda coordinated attacks using four hijacked U.S. airliners.

The fourth flight crash-landed in a Shanksville, Pa., field, killing 40 people. It is believed that the hijackers crashed the plane there rather than their unknown target after the passengers and crew attempted to retake control of the flight deck.

Levi Douty, chair of the UW-Stout College Republicans, wanted to bring the Never Forget Project to campus to help remember and educate the campus and community about Sept. 11, 2001.

About one block south of the student center is a 9/11 memorial, a rock garden with the date of the attacks etched on one of the boulders. The flags will be placed at the memorial.

“I wanted to help bring awareness to the 9/11 memorial in front of Jarvis Hall,” Douty said. “We’re going to put the flags all together around the memorial. The awe will be seeing them all together in one location.”

The 4-inch by 6-inch flags are scheduled to be put in Friday evening around the memorial. The flags will remain up through Saturday to commemorate 9/11 and will be removed by volunteers on Sunday, Douty said. College Republicans on campus has about 200 members.

Douty, a sophomore majoring in manufacturing engineering from New Glarus, was born one month after the terrorist attacks.

Similar projects have been done across the nation, with more than 12 million American flags placed on campuses and at high schools.

“The September 11 attacks were a huge event in history,” Douty said. “First and foremost, we want to honor the 2,997 citizens who died that day and remember them, and their lives lost.”

It also is important to remember that similar terrorist attacks are continuing around the world, taking innocent lives, Douty said.

John Sobota, adviser of the College Republicans and a lecturer in School of Hospitality Leadership, said he remembers being on campus the morning of 9/11. Some students were in tears as they watched the television coverage in his classroom.

“I didn’t lecture that morning but was there for my students,” Sobota noted. “It is hard to believe it has been 20 years. I believe this display of 2,977 flags on campus in remembrance of the lives lost will be a vivid reminder of the tragedy that occurred but also a reason for hope. Hope that our country will continue to be a ‘beacon of light’ for the world. Freedom is everything.”

As of this year, 1,647, or 60%, of the World Trade Center victims have been positively identified. Two new identified victims – Dorothy Morgan and a man whose name is being withheld at the request of his family – were announced Sept. 7, according to the Associated Press.

The estimated economic loss during the first two to four weeks after the World Trade Center towers collapsed was $123 billion. It took 3.1 million hours of labor to clean up 1.8 million tons of debris at Ground Zero. Clean-up ended May 30, 2002, the Associated Press has reported.

At the site of the World Trade Center is the 9/11 Memorial and Museum, sharing the history and lessons learned from the attacks.

Douty plans to continue the Never Forget Project next year. His goal is to have more educational materials posted on campus along with the flag display. 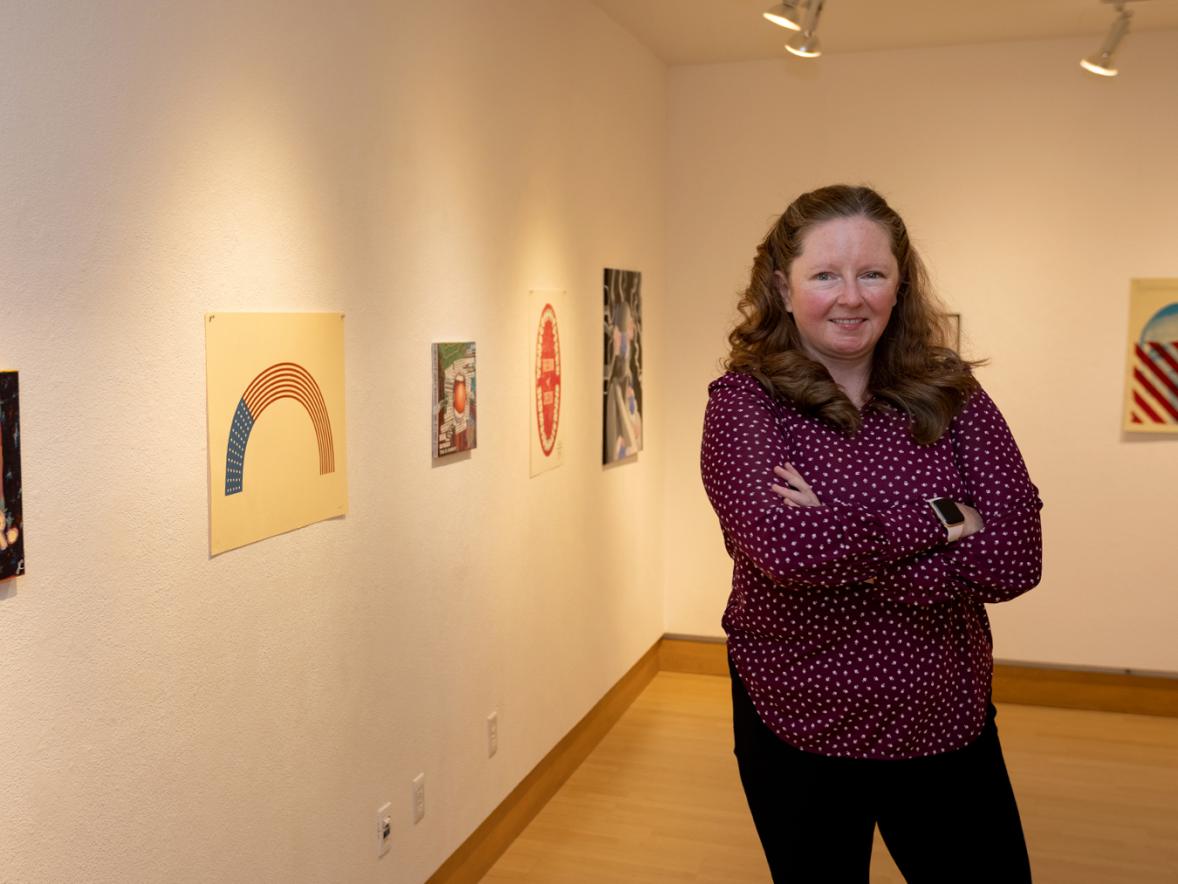 Civil liberties are focus of Gallery 209 student exhibition through Oct. 29

A new art exhibit at University of Wisconsin-Stout focuses on what justice means in America and asks viewers to be aware of their own biases.
October 21, 2021 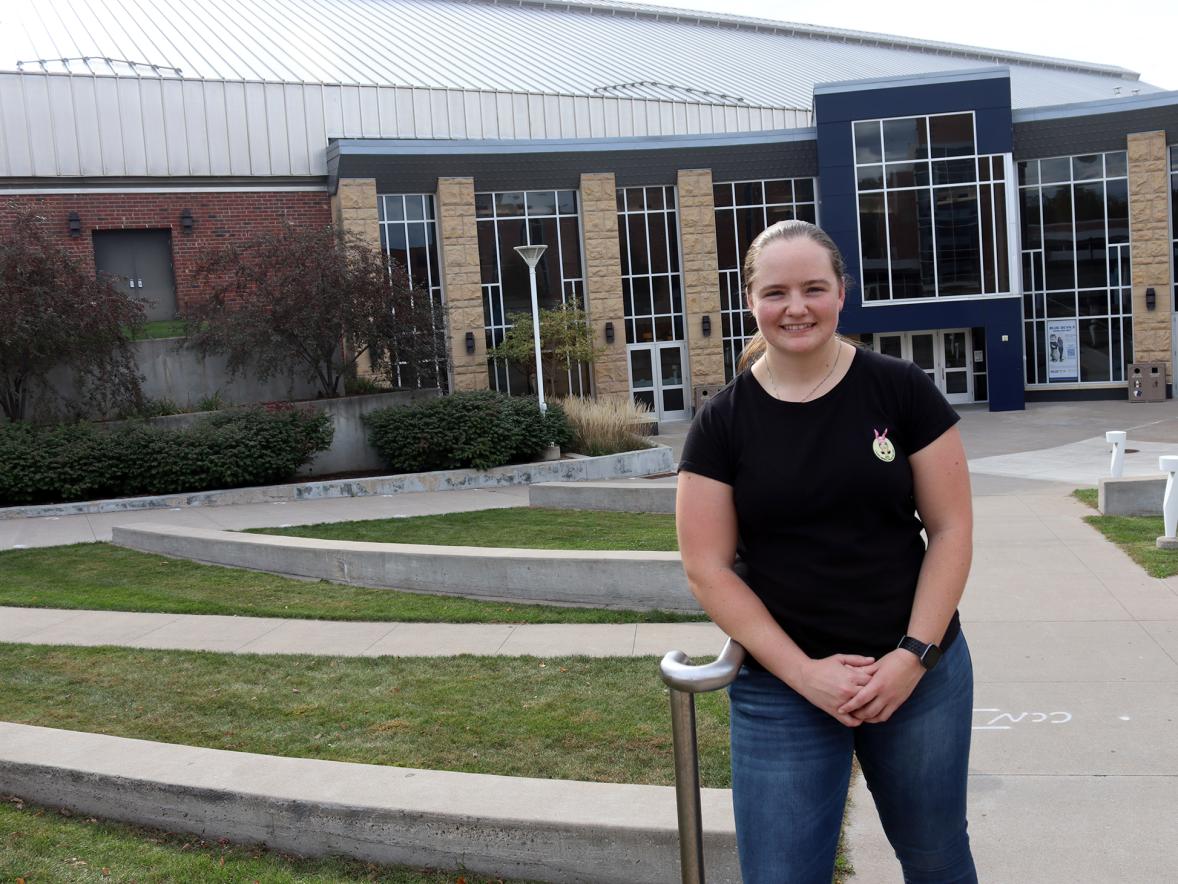 Kayleigh Nel is a student, a Wisconsin National Guard specialist and now a U.S. citizen.
October 20, 2021 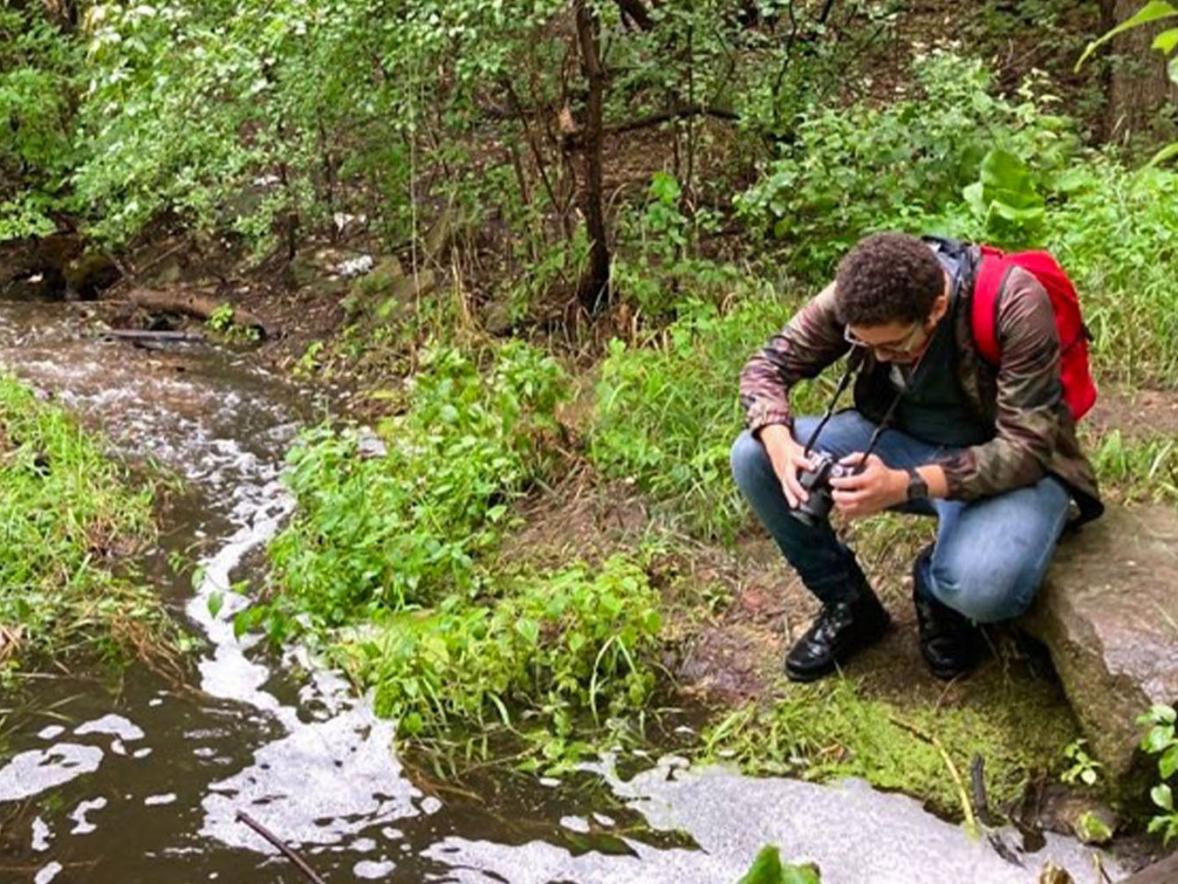